The 13-part series will highlight the band’s musical trip and offering a glimpse into the personal lives of bandmembers Bien-Aime Baraza, Willis Austin Chimano, Polycarp Otieno and Savara Mudigi. Sol Family will also show viewers the band’s music-making process with contributions from the band’s management. Nviiri and Bensoul, two musicians signed to the group’s record label Sol Generation, also star in the show.

The Head of Maisha Magic Plus channel, Margaret Mathore said, “We are excited to be launching Sol Family on the channel this August. Sauti Sol is a household Kenyan name, and as Kenya’s most loved story teller we strongly believe that this addition to the content mix will offer our viewers greater local entertainment and broaden the genres that are currently available on offer on the channel. We look forward to the launch of Sol Family and trust that it will resonate well with our audiences just as much as all the other shows on our channel.”

Sauti Sol is one of the continent’s most successful acts. Having traveled successfully across Africa, the US, Europe and Australia, the chart-topping band has received the appreciation and respect of both their fans and the industry, receiving international awards including BET Awards, an MTV EMA for Best African Act and an MTV Africa Award for Best African Group.

The first episode will premiere on Maisha Magic Plus on DStv channel 163 on Sunday 2 August at 7.30 pm. 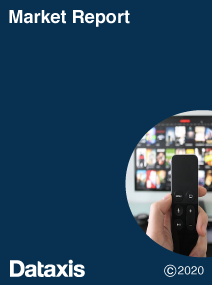