As officially reported on Chilean Canal 13 website, according to Comscore’s websites content consumption report during July, the Chilean FTA TV channel led the country’s digital ecosystem. The company ranked the TV channel’s websites above other national and international media groups and platforms.

‘The results that have been reported are definitely very powerful and respond to the audience behavior, which has rewarded the permanent innovation that Canal 13 has had and its strong commitment to digital content’, said Cristian Hernandez Rodriguez, Digital Media Manager at Canal 13 (Chile), one of the confirmed speakers in the coming Nextv Series Argentina virtual event.

Comscore data grouped the websites of Chilean digital ecosystem, including those of Canal 13, such as 13.cl, t13.cl, ar13.cl and its radios sonarfm.cl, playfm.cl and oasisfm.cl. The FTA TV channel ranked first in the country, with more than 9 million users in total. The data reported by Comscore includes fixed and mobile devices of Chilean population that access content on the internet.

The channel highlights the growth of 13 Live, which broadcasts the channel’s contents at the same time on YouTube, Facebook, Twitter, Instagram and the website, and the leadership in the news and entertainment areas, where Canal 13 websites recorded more than 7 million users during July.

The coming Nextv Series Argentina virtual edition will take place on November 4th and 5th.  The event will bring together executives from Uruguay, Paraguay, Bolivia, Argentina and Chile in a new virtual platform, which will allow not only to enjoy thematic panels, but also a new way of networking with executives from the TV industry and OTTs from the region. 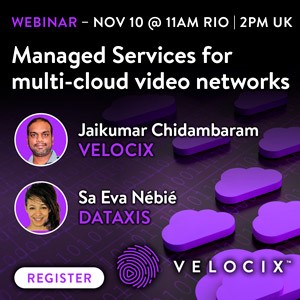